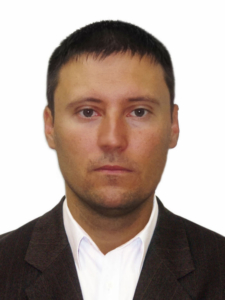 My whole life, from childhood, has been determined by four main elements: history, music, various martial arts, research of nature and this amazing world with its diversity of animal types, diversity of cultures and traditions of peoples. For a long time I was looking for my place in this world and in life, and this search constantly forced me leave my home. Many times I imagined how I would live many centuries ago. In 2009 my search ended. For the first time, in my hands was a bow and for the first time I experienced a new, strong impression. The archery world took possession of me, I bought everything I needed and began active training. A year later I got acquainted with a traditional bow and realized that it is from to learn how to shoot. I left modern, sporty bow and focused on traditional archery. I began to take part of competitions and in-depth study of the art of traditional archery. But my nature, which is always looking for something, did not calm down and in 2012 I met horses on my way. It was at that moment that I understood where I would go next – horseback archery! I rented a horse and began to study horseback riding. After two years of hard training, the moment came when I wanted to combine a horse and a bow. And I again left my home, I went away to search. I found many people and places where they practice horse archery. But only one place possessed my mind. It was a voice inside me and I followed him. In 2014, I was in the valley for the first time and met Kassai Lajos and his system, lifestyle and thoughts. This meeting was the completion of the first big stage of my new life and marked my way further. I constantly watched and studied. I decided that it was time to create first place in Russia, where people can learn about this art and where I can accumulate and preserve knowledge. In 2016 I organized my first, horseback archery competition in Russia. Since 2018, I have been organizing and conducting the annual traditional archery tournament “Lights on the barrows”. I never had a choice before me, I always knew with whom I would go the same way. In 2019 I became first international judge Kassai Original System in Russia and started practicing in officials horseback archery competitions. I found my martial arts. All the main elements of my life and the genes of my Tatar ancestors are reflected in this art!