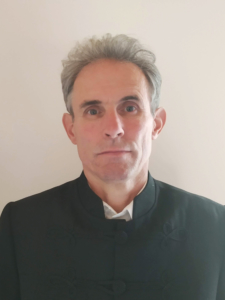 I got in touch with horseback archery in 2004, after reading the “Horseback Archery” book written by Kassai Lajos. This book made such a huge impact on me which lasts until now. After this I have participated regularly on “Kassay-valley Open Days” for 2 years. Based on what I have learnt there, I started my own archery trainings. During this period, I also took riding lessons. I borrowed an area, bought a horse and like-minded people gathered around me.

I attended on my first competition organized by Kassai School in 2006. I have founded the Bodnár Tribe in 2008 upon the request of my team and Kassai Lajos. Since then we organize competitions and hold presentations every year. I bought the borrowed area and I have been living there since 2018.

The Kassai System is the most plain system among others, incorporates everything which is needed by sport, tradition and martial arts.