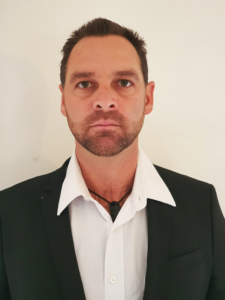 After a few years of traditional long bow archery and daily horse riding, one day I was searching for a new bow and came to learn that there was a special bow for horse archery and a local bowyer was making them. I was delighted and upon much endeavour Johnny Snyman and I did a trade barter for my first horse bow back in June of 2010.
I had no idea horse archery was an international sport or what was even involved, I would just sit on my horse and shoot. Then one day in Dec 2010 my house burnt down and running out of the burning house I grabbed my bow. From this moment It became clear to me that Horse Archery was my new path. It was all I could think about and so immediately I began to build my first track.
In April of 2011 I attended my first Training camp with the British Horseback Archery Association and by October 2011 my first international competition in Biga Turkey, from this competition I was invited to attend AL Faris in Jordan April 2012. It was there that I met Kassai Lajos and was amazed by his character and ability.
After an invite to Kassai Valley later that year I was in awe of the world within a world that Kassai Lajos had created. A community of horse archers. Everywhere I looked I was soaking up knowledge of not only how to ride and shoot, but how to live a beautifully disciplined life in nature with horses and a community of likeminded and skilled horse archers.
Later that year of 2012 I hosted my first 3 day training camp and started to teach what I had learned in the Valley. In 2013 I did my entrance and membership exams in Kassai valley.
It was not until 2014 that I built my rotating target and ever since I have been training and teaching non stop. In 2016 I hosted my first Kassai Horse Archery Open World Cup and since have been hosting two per year and have returned to Kassai Valley numerous times for learning. Kassai Lajos as been a mentor, a master and a continual inspiration to me ever since.
Griffins Horse Archery, now has 10 horses that live freely on 80 hectares of land. Once a month our small group of 10 Horse Archers meet for 3 days of training and working together. Griffins Horse Archery now offers daily live in training for 1 week or up to  3 months at a time. We are also making our own brand of horse archery saddles. Currently I am working on the development of a new training area including an indoor track. Horse archery is my life.