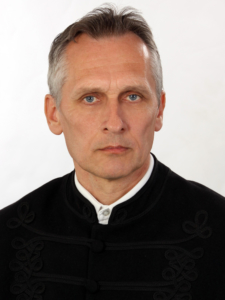 With experience of more than 20 years, mainly of Asian martial arts, and 10 years of archery behind me, I met with Kassai Lajos and his system in 2007. At that time I was a member of the presidency of the Hungarian Archery Association, I led the largest and most successful rural archery association in the country, I competed, judged, coached, organized competitions and events related to archery at the international and national level. By this time, I had competed in roughly 200 archery competitions and organized more than 70. In addition, I dealt with IX-X. century with the preservation of Hungarian military traditions and the reconstruction of the historical way of life, at a high level. Based on these, I can state that there has been a competition in my life for the Kassai Horsebackarchery School. I have been selling archery equipment since 2004. During my first, originally business-oriented, night-long conversation with Kassai Lajos as a bowmaker in his home, I came to some insights that are decisive for my future, thanks to these I started my horseback archery career on the next day. In the beginning, ground and horseback archery went hand in hand, and in 2010, horseback archery came to first place. That’s when I started competing in horseback archery, and then in 2014 I formed my own team, the Faragó tribe.
The question may arise as to why I choose horseback archery, and within that, the Kassai system. Well, my life has some defining corners. In the long run, I only believe in the system and the community. I believe in personal example, and in some ideas such as honesty, perseverance, self-control, respect, fearless fighting spirit. In my life so far, I have met many high-ranking masters, not one of them as a style founder. For me, Kassai Lajos is a MASTER, he and the system he creates represent and convey the values I idealize. In addition, the Kassai system is a form of education and operation created by thoughtful development work based on very serious experience. In horseback archery this currently unique in the world. Due to its complexity, it can be pursued as a professional competitive sport, hobby, preservation of military traditions and martial arts, among other things, so that the values that set the direction can be preserved. Its education system, examination and competition rules are based on many years of practical experience, practical, transparent and objective. The community of the Kassai Horseback Archery School is exemplary. It tends to move in a well-thought-out, clearly defined direction. Considering the above, it is not a question for me that my worldview binds me to the School of Kassai and makes me loyal to it.