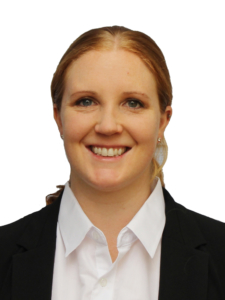 My name is Katie Stearns, and I began practicing equestrian archery in early 2005 after taking a clinic from Lukas Novotny. Shortly afterwards I started competing internationally, going to my first competition located in South Korea in 2006. I competed in many different countries and horse archery styles over the next several years, though I did not begin competing in the Original Kassai System until I became an official International Kassai Judge in 2017. After many years of competing nationally and internationally, I did not like how things were progressing among the different international organizations. Many events were disorganized, course designs were dangerous, and horses were in poor condition. I was on the board for an American organization for many years and did not like where things were going here as well. Eventually I left all affiliations and decided to step back from competing and events both nationally and internationally. I wanted things to be well run, especially regarding horse and horsemanship expectations, but I was not sure how to accomplish this. In 2012 I had met Kassai Lajos in Turkey, at an event I believe we both agreed was deplorable. He had talked to me about being a judge then, however I wasn’t ready. I took a break from anything other than private practice and focused on my family for a couple of years. Later I heard Kassai Lajos was coming to the USA to teach, and though I was very pregnant with my third child, I decided to make a two-day drive to California with my horse to attend the clinic. After meeting with him in California, I decided I wanted to continue with horseback archery and promote the Original Kassai System. I began working on rebuilding my track to meet the specifications and worked towards becoming an international judge. Compared to everything I have seen around the world, I found the Kassai system to run like a well-oiled machine. The international community that supports it with a common mindset are what make it so strong. It is a very clear system, run the same around the world, that has been used for over 20 years with great success. Everyone within the system upholds the rules and is of a similar mind of how horse archery should be practiced. If not for his system I would have only continued horse archery as a private practice. Now I work hard to share Kassai’s system and try to provide a place for people seeking a better way to practice. I am thankful to have found a community of people with the same understanding of what horse archery is and should be. The Kassai system keeps the standards high for horsemanship, archery, discipline, and organization, to create a strong and functional system for both training and competition. There is no other organization I would like to represent as much as the original Kassai system. I am honored to be a part of this community, and thankful for the support we provide each other.