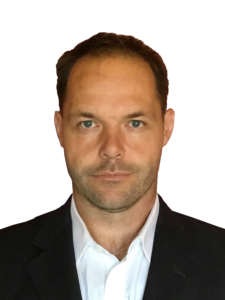 I live on the farm I grew up on in Nova Scotia, on Canada’s East Coast.  I learned to shoot a bow from the age of 5 years old.  By age 9 I dreamed to shoot the bow from horseback, inspired by reading about the First Nations peoples of the North American Great Plains.  This dream did not happen in my youth.  At age 40 I asked the question why I did not fulfill this dream, and I wondered if people in the world did archery from horseback now.  In the same day, the question quickly led me to Kassai Lajos. The story that day was common, I simply did an internet search; but the video I watched of the brown-robed man cantering while shooting 12 successful arrows in 18 seconds into a central target would change my life instantly.  With only the knowledge of traditional archery I had in me, I could see in one moment that if this video was real, I had found the Master I must learn from.
With little guidance, I shot my first arrows from horseback in November 2016, only one arrow per run because I couldn’t reload on a bouncing horse.  But fortunately I attended two 3-day clinics from Kassai Lajos in California, USA and Ontario, Canada during 2017.  I practiced every day with the small amounts of instruction I could retain from each brief clinic.  Seeing my enthusiasm, in 2018 the Master invited me to apply to become one of his International Judges by spending time in the Kassai Valley and building a track on my farm in Nova Scotia.  I trained my horses to run the track and to be brave to the bow as I’d learned each morning in Hungary.  In July 2018, with the great support of a small team of my own inspired students, we successfully hosted the first KHOW competition in Eastern Canada, in the presence of the Master.  In the year following, I improved my skills further in competition, and have passed on an introduction to the Kassai horsearchery to beginners in Eastern Canada through clinics.
For me, each step in my experience with horseback archery has been walked in the shadows of the man who rediscovered and delivered it from antiquity to the modern world.  Starting only from his own dream and following his own heart, through persistence and through trial and through error, Kassai Lajos has completed a framework for horsearchery as a sport and martial art like no other in the world.  As a man, my experience is that he sets an example for living a generous life of serving community.
This Original Kassai System is the first system of its kind in the current world.  Built over decades from the elements of safety, martial discipline, natural horsemanship, athletic development, and community spirit, the system in its native country has become a nourishing context for schooling hundreds of students and horses.  Now, I am honored to help expand this system into my part of the world as a Kassai Horsearchery International Judge, with the role to uphold the rules of the unchanging KHOW competition.  From this rock, the martial art of the Original Kassai System will continue to expand around the world, and thus the community being served is larger and larger.
My hope is that more and more people will be able to experience the Kassai community in the Hungarian Kassai Valley, for the impact of this community spirit on one’s heart is profound and uncommon in the modern world.  If not this, my hope is that more and more people will be able to experience the spirit of Kassai horsearchery through those who forward its global expansion.  And perhaps this is the greater hope, for it will speak to the true quality of the Original Kassai System, as a formidable system for the world.