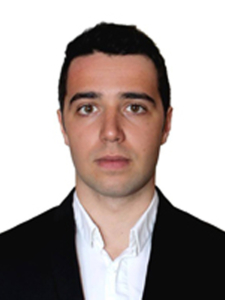 Rider since I was 5 years old, I’ve tried a lot of equestrian disciplines. Jumping, dressage, pony games, vaulting, etc.. Vaulting was something that we were doing together with my father Thierry Descamps. It bring us to horse shows. And horse shows bring us to horseback archery. With horseback archery, we stoped and forgot everything else.
First of all, we were not doing horseback archery. We were just shooting an arrow from a horse. We discover the real sport and martial art thanks to EOCHA competition. After it we have started to learn from videos and we came in Hungary several time.
Like many archers, we have started by fast horses and approximative shooting. We had fun in this way during years. But someday fun was not enough. And we dreamed of watching Kassai school students. We wanted to do the same. The first step to achieve it was to teach a horse. So we bought our own grey horse : Ulysse. And we teach him to be a perfect horse for Kassai competition. He did his job perfectly and helped us grow.
Thanks to him, we rediscovered horseback archery and especially Kassai competition. We became addicted to the best drug in the world. With Kassai competition we can do exactly the same thing all day long and every days, always live it differently and always want to start again.
We lived this story between father and son. But someday we was ready to share and help people who want to try this sport. So we start to develop the sport in France. We built a shop, we have travelled all over France to teach teachers. We have created the official equestrian discipline and rules with our federation. I passed my exam to be officially horse teacher and it gave us the opportunity to open a school. Horseback archery is no longer just a passion but our whole life.
In 2015, we host Kassai Lajos on our track and I became Kassai international judge. The honor was extreme. It gave us the possibility to play in the same competition as our models. The motivation that has been generated for us was huge. And now we can share this motivation with our students.