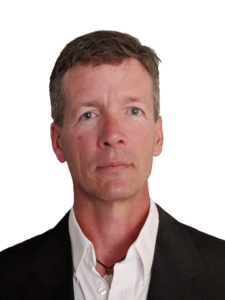 Having been a lifelong equestrian, which has involved breeding and training horses, teaching horsemanship clinics, and competing in equestrian events, I began horseback archery in August of 2004 with experience of the horse, but none with the bow. My horseback archery started when I participated in a four day clinic that emphasized Kassai school principles. I am fortunate that I was exposed to the Kassai system from the start, as it has the framework in place to create a successful horseback archer.
My first competition in 2006 showed me the complexity of the sport on many levels and spurred me to increase my training in equestrian activities as well as my archery training. I became a better horseman while training to ride and shoot the bow. I have been competing ever since and began organizing horseback archery competitions in 2014.
When I first met Kassai Lajos in his valley in Hungary during a gathering of the tribes in 2010, I was impressed with what he had created. It is a system that is far from haphazard or arbitrary, rather it is a tested, proven process of examination and feedback for the individual. I found it to be enormously beneficial to my advancement as a horseback archer. Many of these processes are now integrated into my practices and they weigh heavily in what I teach to others. It also is a system that develops the community in which the whole is greater than the sum of the parts. There is room for both the casual and the committed equestrian archer. The foot archer will also benefit and improve from what Kassai has created.
The opportunity to become an International Judge was granted to me in 2018 and I have chosen to lead within this system as it creates a focused, proficient horse archer with a foundation for unlimited growth. It is clear that this system, which has been in development for many years, has evolved into a professional, world class system that has no equal. I will continue to use the Original Kassai System in my teaching of equestrian archery.